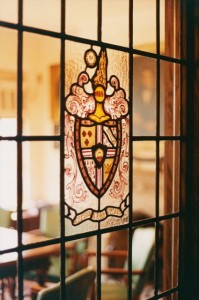 The Nebraska Lambda Pi Chapter of Sigma Alpha Epsilon was founded on the University of Nebraska campus on May 26, 1893, becoming just the fourth fraternity on campus. Our home located at 635 North 16th Street was built in 1928, and is a well-recognized fixture on fraternity row. Known for its ivy colored brick walls and distinctive wood filled rooms, the house is convenient to the Student Union, classroom buildings, intramural fields and the fitness center. Our chapter is vibrant and strong, and we currently have 110 active members who are involved in a variety of studies and activities.

Our list of alumni is equally impressive. Many have gone on to become successful businessmen and renowned leaders in the community. We are also proud that a significant number of our graduates have served as members of the National Fraternity professional staff, including Rex Smith (Class of 1924), who served as Eminent Supreme Recorder (Executive Director) from 1956 to 1969.

Supporting the goals and growth of the undergraduate chapter is an integral role of our Alumni Association. It serves as an important resource to students by coordinating scholarship programs, hosting events and providing an opportunity to connect both socially and in business. 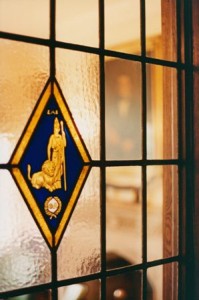 The largest social fraternity in North America, Sigma Alpha Epsilon Fraternity was founded on March 9th, 1856 at the University of Alabama and was the first fraternity founded in the South. The leader of the eight Founders, Noble Leslie DeVotie, a charismatic young man and quite well respected by his peers, was also the first man to lose his life in the Civil War. Since our founding more than 155 years ago, more than 302,000 gentlemen have taken up the ΣAE mission—more than any other collegiate National Fraternity.

On March 7, 2014 the National Leadership of Sigma Alpha Epsilon announced and became the first Fraternity to return to our original membership model with the elimination of the system of pledging. New young men recruited for membership will now be initiated within 3-4 days of receiving their invitation to join the Fraternity and over the course of their collegiate involvement will participate in educational programming that meets the changing needs of each student as they grow and mature through the organization.

Today, ΣAE has more than 13,000 undergraduate members spread across some 245 chapters and college campuses within the United States and Canada. Each member is proud to uphold the ideals set forth by the Founders and documented in the ΣAE creed.

The mission of Sigma Alpha Epsilon is to promote the highest standards of friendship, scholarship, and service for our members based upon the ideals set forth by our Founders and recorded in our creed.

The True Gentleman is the man whose conduct proceeds from good will and an acute sense of propriety, and whose self-control is equal to all emergencies; who does not make the poor man conscious of his poverty, the obscure man of his obscurity, or any man of his inferiority or deformity; who is himself humbled if necessity compels him to humble another; who does not flatter wealth, cringe before power, or boast of his own possessions or achievements; who speaks with frankness but always with sincerity and sympathy; whose deed follows his word; who thinks of the rights and feelings of others, rather than his own; and who appears well in any company, a man with whom honor is sacred and virtue safe.